The cabazo is, like the granary (6) and the bakery (7), a type of granary, specially designed for drying and curing grain. Also known as the Galician granary, its area of dispersion covers almost the entire Galician territory, western Asturias as far as Navia and northern Portugal. 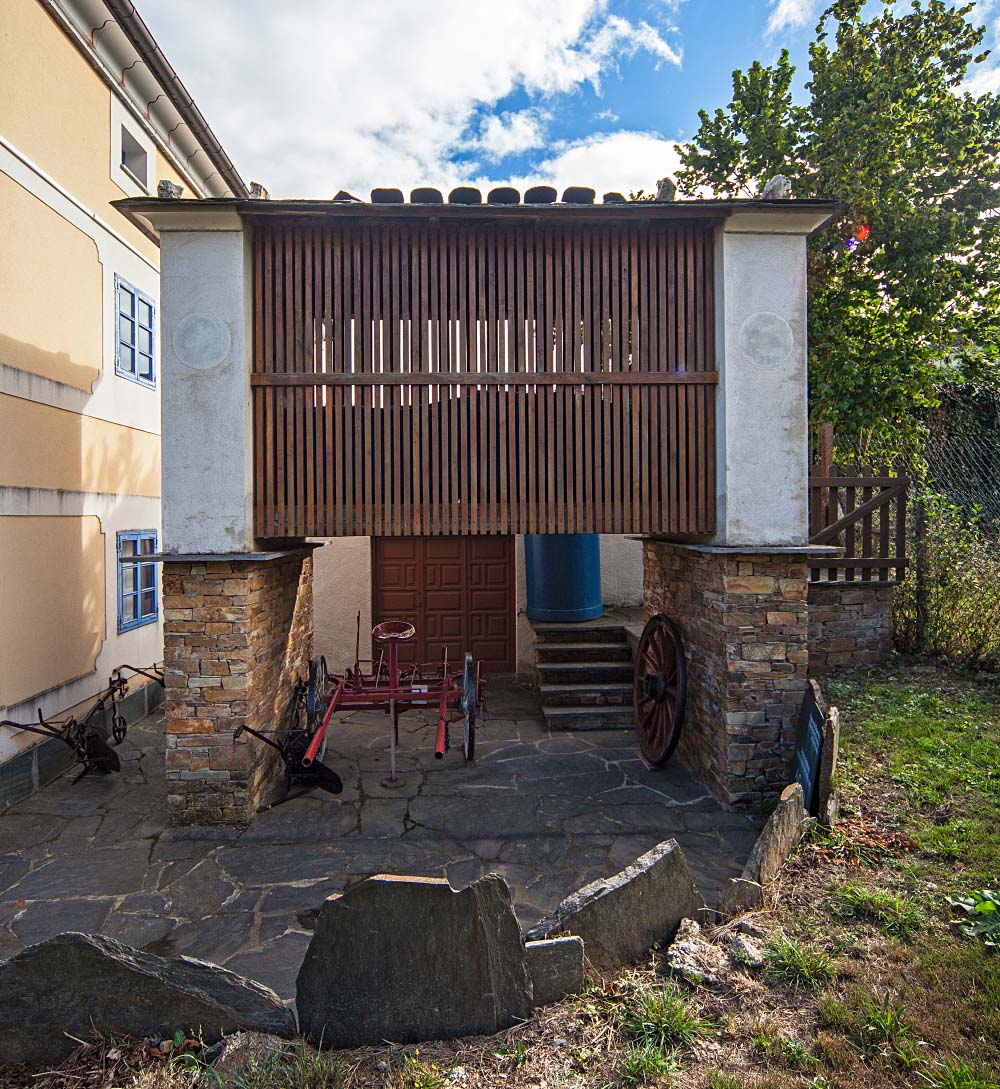 In general terms, it consists of a rectangular ventilated box or chamber raised from the ground by masonry walls, on top of which an overhanging slab is placed, known as a tornaratos, which prevents rodents from accessing it. Starting from this basic conception, there are many constructive variants, with differences in size, materials used, finishes and morphology of the supporting elements.

The Museum’s cabazo is a modest structure. The costales or larger sides of the chamber are closed with vertical wooden slats secured by a horizontal slat, between which a gap is left to allow air to flow through. The penales or smaller sides are made of rendered masonry with small rectangular ventilation openings. The chamber is raised on two exposed masonry walls, the cepos, leaving the central space free. Access is via a stone staircase leading to one of the penales.