Under the stairwell, on the ground floor, there is a recreation of a zapateiro (cobbler’s) workshop with its chair and work table, both low to facilitate the precision of the task, work tools, sewing machine, lasts of different sizes, shoes being made and a sample of the finished products offered to the public, including several rubber sandals that exemplify the adaptation of the old ways to new materials. 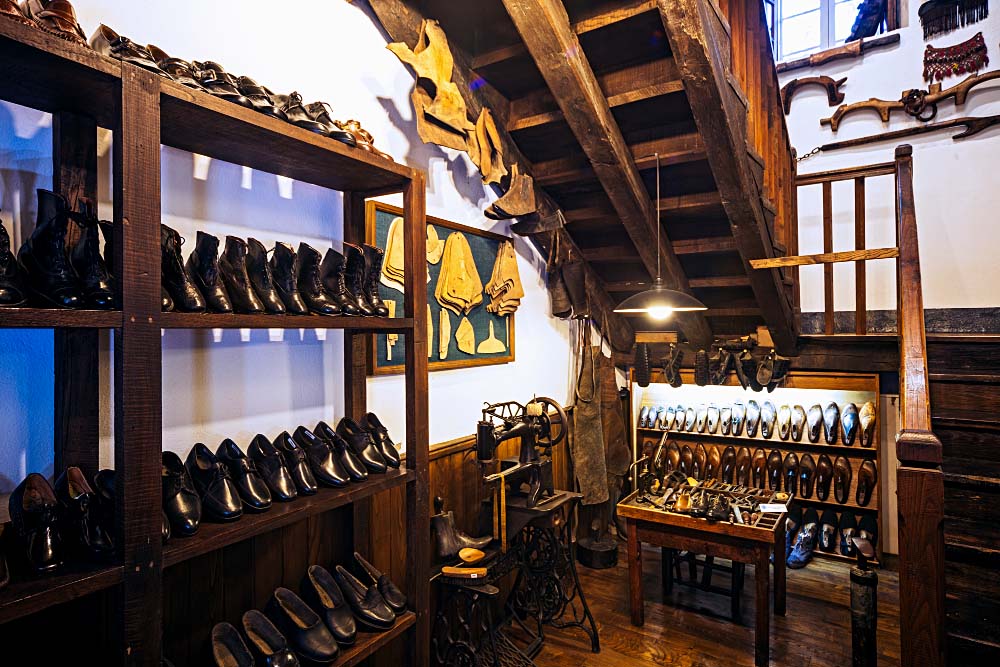 Shoemaking is not a very old trade in these regions, where the traditional footwear were wooden madreñas, galochas or zocas and leather abarcas (sandals). In the mid-18th century there were no registered shoemakers in the municipalities around the Museum. The closest reference is in the council of Taramundi, where nine shoemakers are recorded working in connection with a tannery that existed there. The first professionals must have settled in the capitals of the councils during the 19th century, when the improvement of the economic capacity of the peasants allowed them to buy shoes to wear on special occasions. 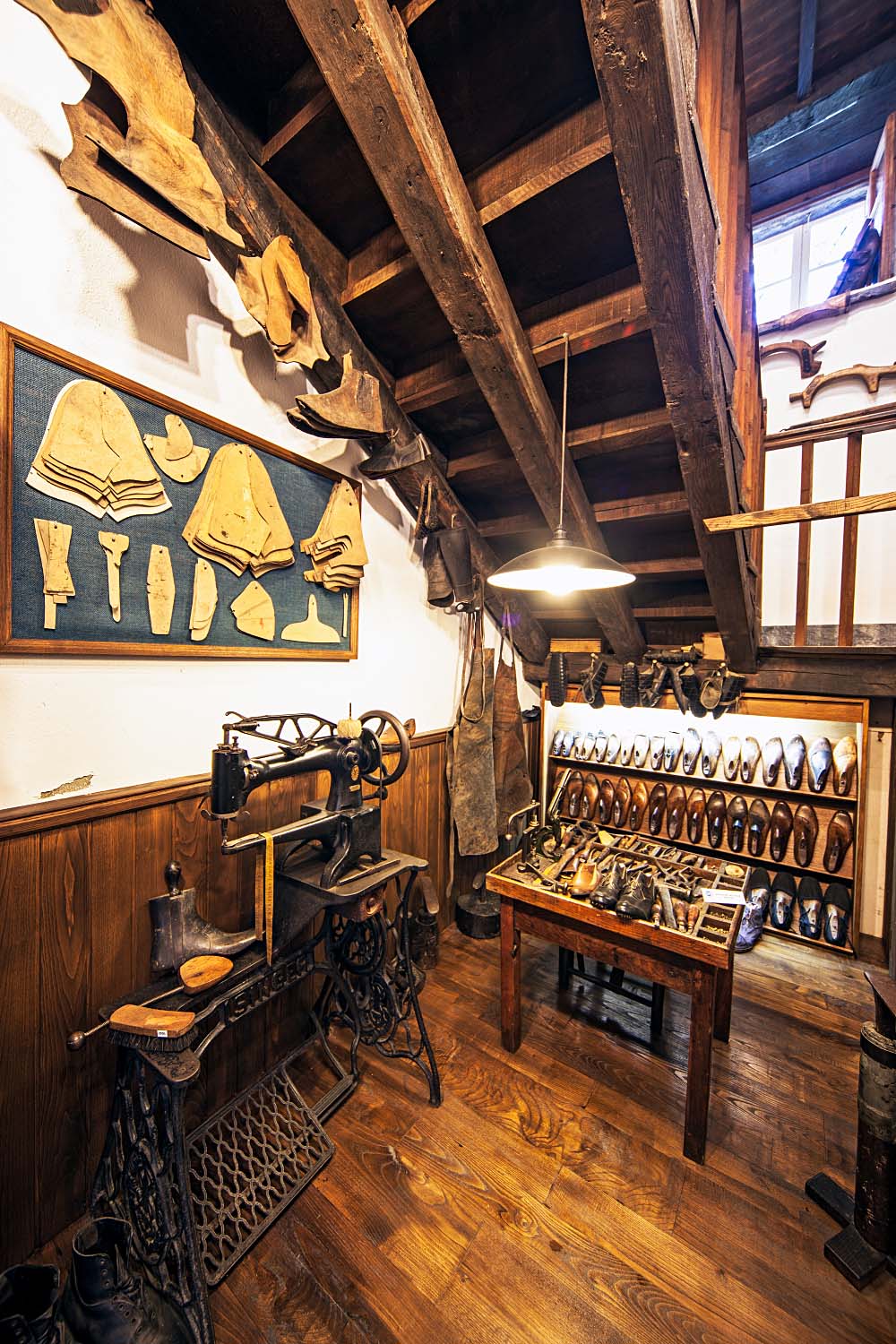