The cortín is a characteristic construction of western Asturias that is also documented in the bordering areas of Galicia and León. It consists of a masonry enclosure topped by slab eaves. It has a circular or oval shape and can be up to three metres high. Its function is to protect the hives in the hills from fire, theft and bear attacks. Cortinos are built on a slope, so that the difference in level is used to create a succession of staggered landings or ledges on which the hives sit, thus facilitating the entry and exit of the bees. In many cases, there is no door and access to the interior is via steps or a step ladder. On average, a cortín could house between thirty and forty hives. 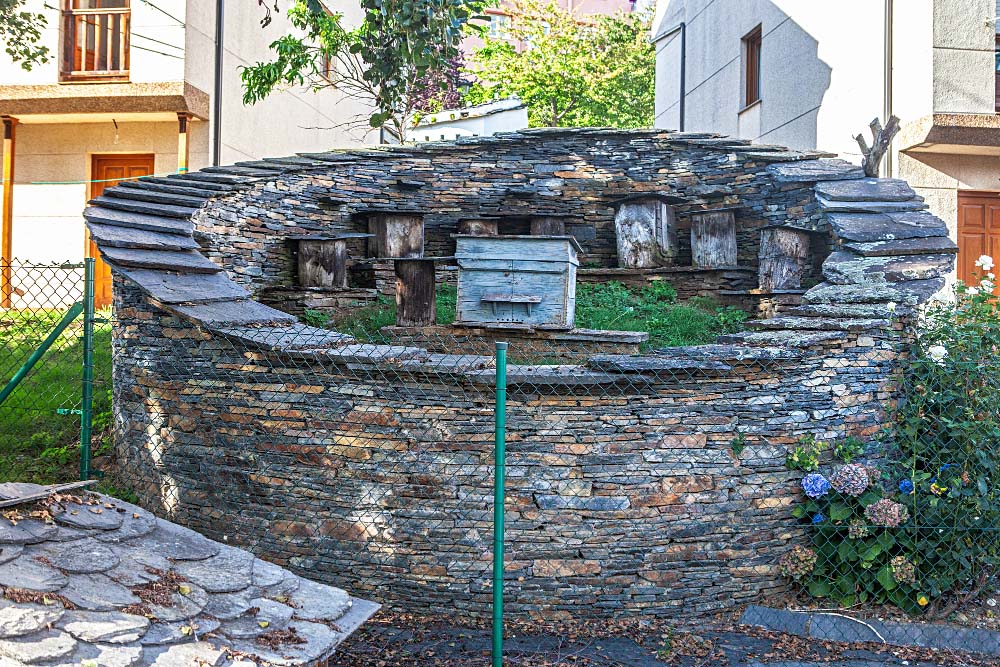 The location of the cortinos was carefully selected. The slopes had to be oriented towards midday and sheltered from the nordés and gallego. winds. The hills had to be rich in melliferous flora, especially uces or heather, and have a nearby watercourse. Finally, it had to be verified that there was no other cortinos in the vicinity, at a lower level.

Only the wealthiest families could afford several cortinos. Most of the peasants had one, and the less well-off shared them, which could be owned by up to four people.