The autarkic nature of the rural economy and the low purchasing power of the peasants were not a great stimulus for the development of non-farming activities. Among the few consolidated trades were those that used wood as a raw material.

One of the activities with its own character was that of the sawyers, who cut down trees in the forest with an axe or sawing tool and processed it by sawing it with an air saw or a Portuguese saw. 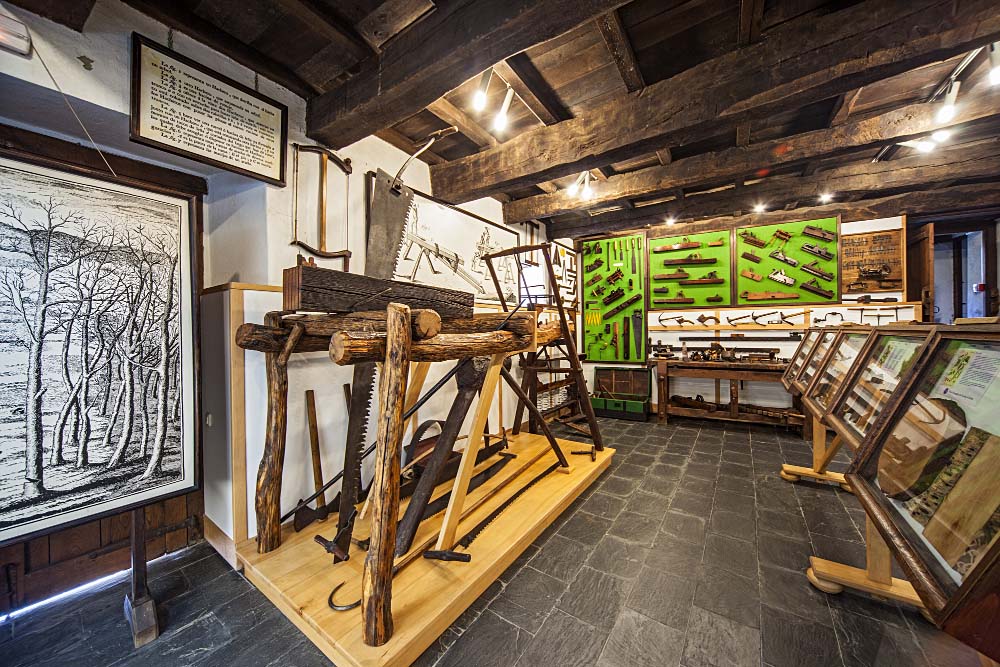 The carpinteiros (carpenters) made agricultural implements and all kinds of domestic furniture, as well as construction elements such as doors, windows and beams. As a general rule, they mastered the skills of other trades, such as stonemasonry and blacksmithing, which allowed them, on many occasions, to diversify their work. This is the case, for example, of Lulo de Benino, a carpenter-blacksmith from Besullo Bisuyu (Cangas de Narcea) who built a pair of cartwheels per working day. The carpenter’s workshop never lacked its workbench or the tools associated with his trade: brosas or axes, axolas or adzes, planers, chisels, trinchas or gouges, serróis or saws, scroll saws, etc. 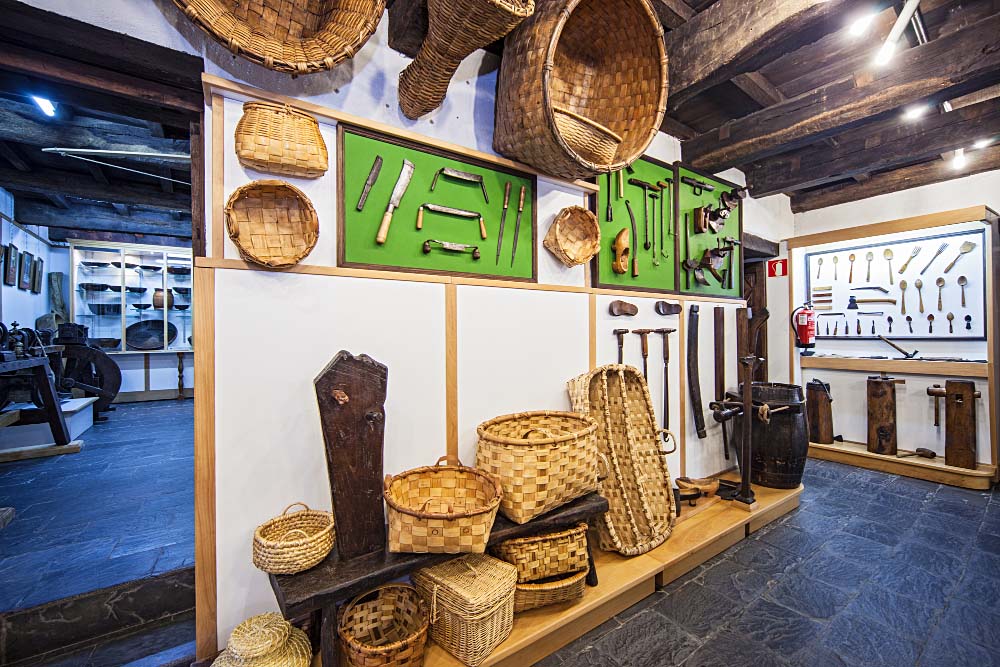 The needs to be covered in a peasant house gave rise to the development of other specific trades that had their own woodworking tools. This is the case of the cesteiros, who had benches designed to cut or plane the costelas (strips of wood used to make the baskets), the coopers or the spoon-makers, who worked with lathes adapted to their workmanship.