This room exhibits the transformation processes of linen and wool, basic textile raw materials in the region.

Flax is a woody plant the conversion of which into fibres useful for spinning and weaving requires a long process of transformation involving a wide range of different tasks and tools. First, the seeds (linseeds) are separated from the stalks in the ripos by passing the bundles of plants between wooden tines. In order to break the woody parts, flax is shredded or crushed in pisones, afitones or agramadeiras. Then, in the espadelas, the bundles of linen are beaten on the edge of a vertically placed board to separate the shives or waste. Finally, the flax is passed through the restrelos, between the iron tines of which the useful fibres are definitively cleaned and the fine fibres or cerro and the coarse fibres or oakum are separated without breaking. 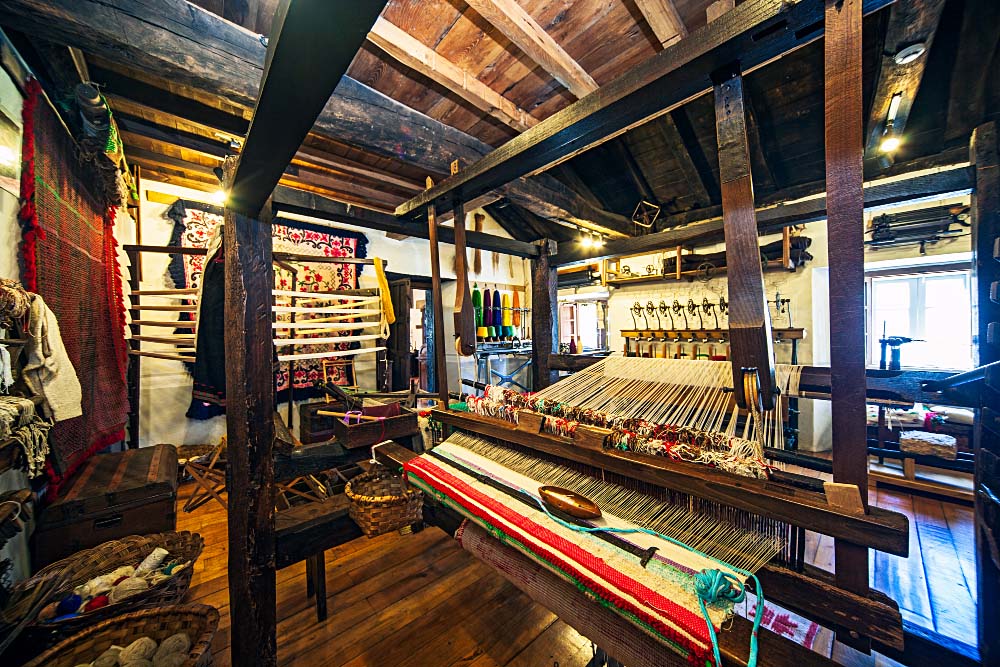 The processing of sheep’s wool is easier and requires less equipment. Once the sheep have been shorn with the tixeiras de tosquilar (shearing shears), the wool is washed and the fleeces are untangled in the carders.

Flax and wool were spun by hand using rocas (distaffs), fusos (spindles) and parafusas, of which a variety of examples are provided. Some distaffs are elaborately decorated with incised geometric designs, letters and animal figures. Also on display are tornos de filar tools originating from the Middle Ages which, although they made better and faster spinning possible, never became widespread in the Asturian countryside because they lacked the mobility of the fuso and the roca, which allowed women to spin at any time and anywhere.

A low-warp or horizontal loom occupies a prominent position in the room. It was used to produce woollen and linen pieces approximately eighty centimetres wide, which were used to make woollen blankets, shawls and trousers, as well as linen sheets, shirts and underwear. In order to be woven on the loom, the yarn must be properly prepared, a process for which several instruments are necessary: the sarelos (winders) with which the skeins are formed, the devanadoiras or argadelos in which the skeins are wound and, finally, the rodas dos canelos or caneleiros, where the balls of yarn are converted into bobbins, which, introduced into the loom’s nezcla or lanzadeira (shuttle), form the weft of the fabric. Next to the loom is the urdideira, a large piece with a blade that was used to prepare the warp. 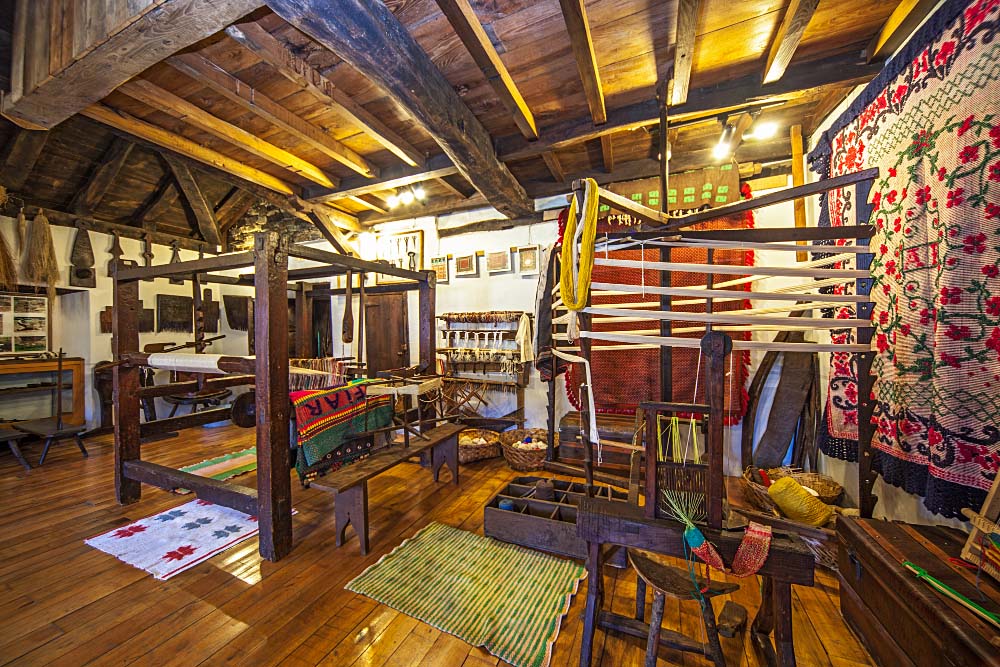 One of the most representative textile productions of the area are the quilts made either with thread or with old torn rags. The weavers skilfully combined the colours of the rags or the wool, which they dyed themselves, to create simple geometric patterns. Other times, quilts were made from scraps of fabric sewn together, resulting in a very characteristic type of quilt the only design of which is successive lines of decreasing squares with a combination of light and shade that creates a pleasing aesthetic effect.

The evolution of textile techniques is represented by the early 20th century knitting and winding machines on display in the room.