In the entrance to the Rectory House, there is a corridor with a wooden balustrade that serves as a doorway. Corridors became popular in Asturian architecture from the 18th century onwards, becoming one of its most characteristic elements. It serves many purposes. Normally oriented towards midday or to the east, the corridors were a source of light and heat, drying sheds for corn and other products or drying rooms, and in any case, they extended the usable space inside the dwellings. When toilets became popular at the end of the 19th century, they were often installed, as in this case, on one of the sides of the corridors. 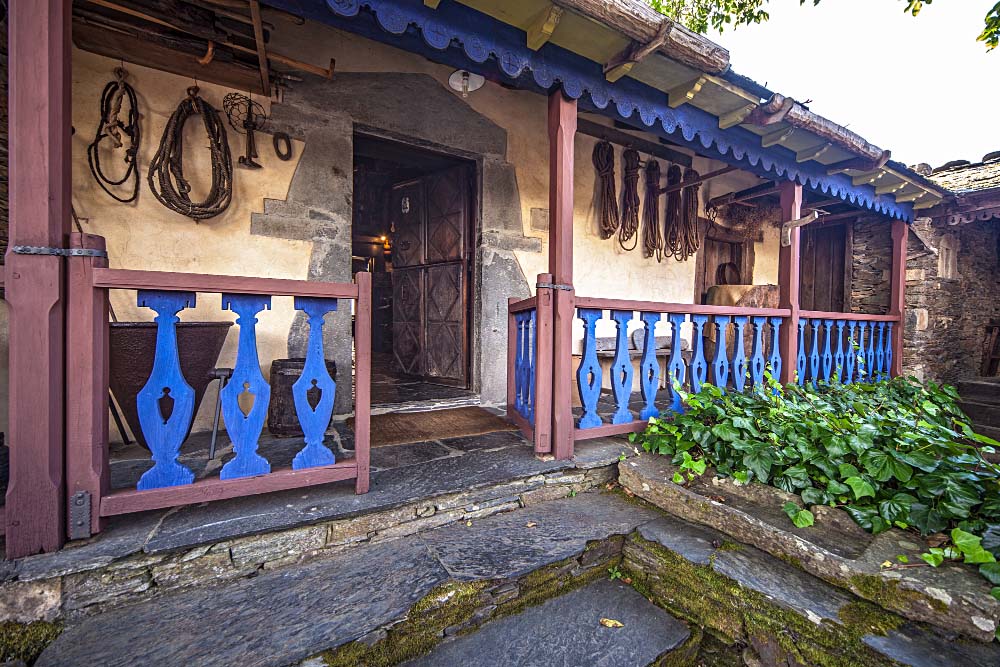