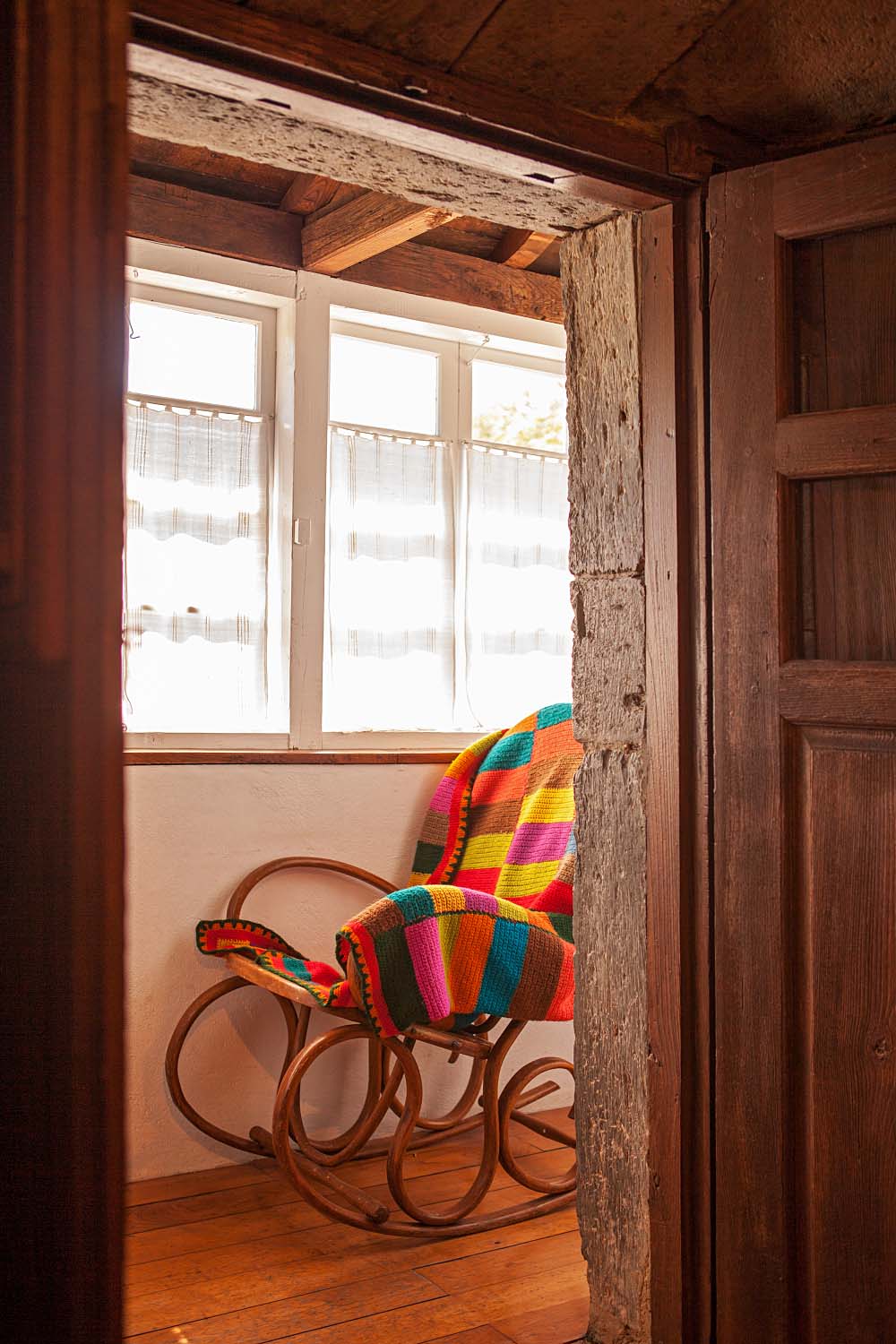 Glass-walled galleries were incorporated into rural dwellings from the 19th century onwards. Many of the old corridors (2.1) were closed to adapt to the new trend. Closing them made it possible to diversify the functions of these spaces which, even though they were mainly used for the storage and drying of products, were in many cases transformed into another room in the house.  Some galleries were used as sleeping quarters or, as in this case, for activities such as sewing, which benefited from the flow of light and warmth they provided.