Bedrooms in peasant houses were usually few and small and furnishings poor and sparse. In the mid-18th century, most dwellings had one or two rooms, and there were some that did not. The members of a family all slept in a common room with the exception, if possible, of parents and grandparents.  The beds, like the one shown here, were made of relleira or planks with corn leaf mattresses, linen sheets and a quilt. 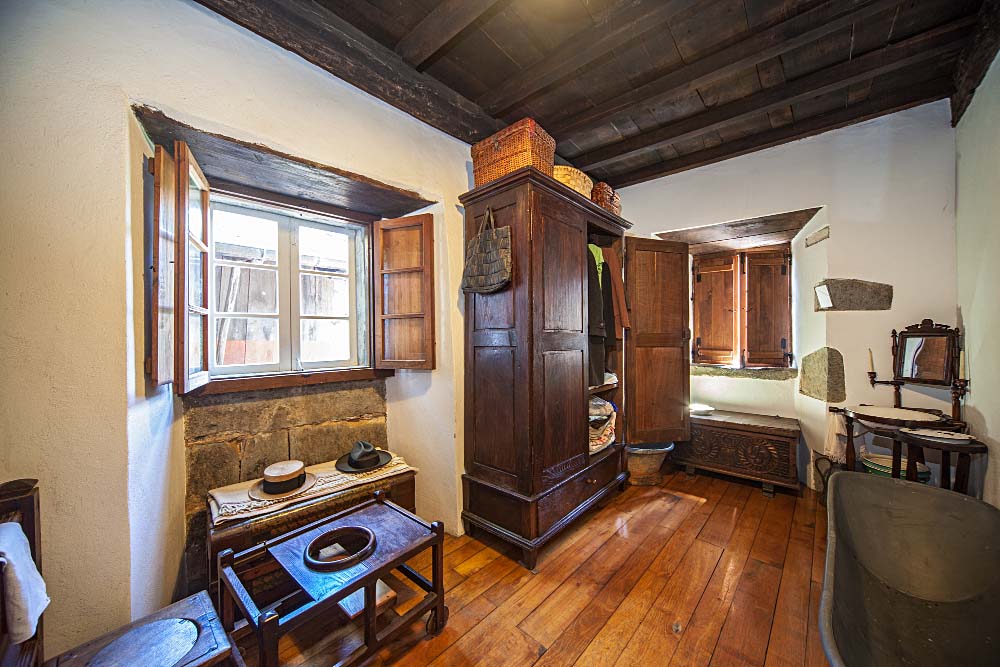 Huchas (chests), trunks and caskets were almost the only furniture in the house until the end of the 19th century. When they were insufficient to store textiles and clothing, they were hung from poles placed on the ceilings of the rooms.

This space includes a bercio (cradle) with a plank bottom and holes in the upper edge to allow the child to be carried and to hold it so that it would not get uncovered or fall while its mother worked in the house or was absent to go to the vegetable garden or the granary.