The bakery is a movable construction similar in conception and functionality to the granary (6), of which it is a larger version. As its capacity increased, this type of granary has a rectangular floor plan, leading to an increase in the number of support elements and a more complex roof structure, which maintains the hipped roof but incorporates at least one ridge beam. 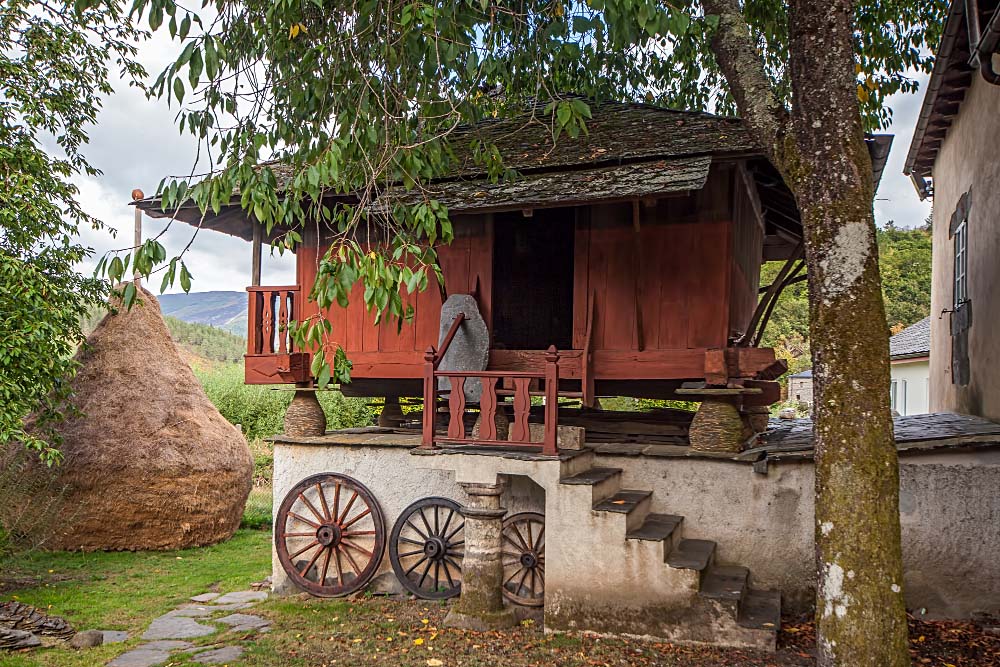 The Museum’s bakery comes from the village of Escanlar, in Ernes (Negueira de Muñiz, Galicia) and was built in the late 19th century. The example corresponds to the characteristics of the time: high slab wall, slate roof and a small corridor on one side, in this case facing north. The grain was kept inside large fixed chests or tuñas.