The old Rectory House of the parish of Grandas de Salime was renovated in 1989 and was the first home of the Ethnographic Museum’s collection in its current location. The restoration work introduced minor changes to the external appearance of the building and more extensive changes to the interior, which had to be adapted to its new purpose. Some of the doors of the rooms come from the Casa Guzmán in Samartín de Ozcos. The Rectory House was built in 1814 on the site of an older one, which was demolished due to the poor conditions it was in. The rebuilding of the Rectory House was already a necessity at the end of the 18th century. However, the work was delayed, first due to a lack of money and later as a result of the Spanish War of Independence, after the conclusion of which the construction of the building that has survived to the present day began. 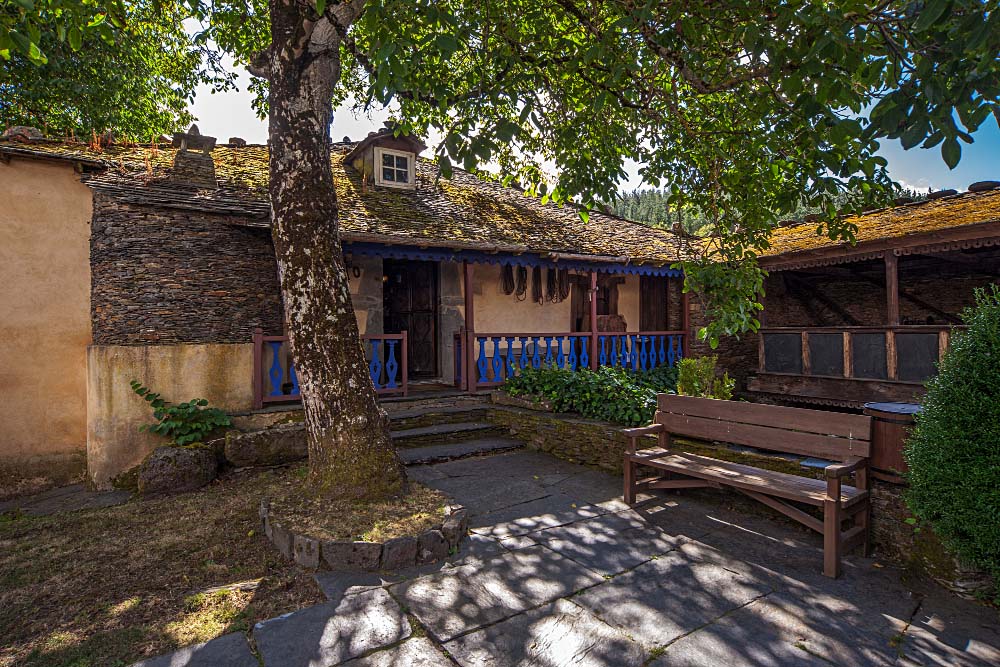 In 1814, the parish’s Libro de Fábrica records an expense of “1,711 reales and 21 maravedíes that the parishioners took from the parish funds to start the Rectory House”. The work lasted several years, at a total cost of 16,513 reales. A total of 7,643 reales were spent on the purchase of materials: “One thousand and sixty spans of planks”; “beams, thick timbers, joists, columns and edging”; “nails of all kinds, hinges of all kinds, doorknobs and locks”; “the slab and its transport”; “lime and sand with its transport” and “hewn stonework for doors and windows”. The wages of the carpenters, stonemasons and blacksmiths amounted to 8,870 reales.

The original Rectory House had a granary that was demolished at the beginning of the 19th century. In a peasant-based society, these constructions were essential to guarantee the storage and conservation of products, which led the parish to replace the dismantled granary in 1828 using “eight hundred reales that cost the bakery or orrio that is in the yard of the rectory to collect the tithe bread, which could not pass without it, tasola and priced the carpenter Don Manuel Cotarelo, neighbour of the place of Balmaior [Bormaior] in that amount”. The new granary was brought from the village of Malneira, located 5 km from Grandas de Salime, and 112 reales had to be paid to dismantle it, carry it and transport it to the Rectory House, for which “twenty carts were used”. Finally, 367 reales were spent on putting together the granary and building a stable or cellar underneath it, as well as paying for five carts of slabs that were brought from Pelorde (Pezós/Pesoz), two hundred slab nails and the board to cover the stable. This granary and its wine cellar were demolished at the begining of the 20th century.

The nineteenth-century rectory building meets the criteria of the popular architecture of the region fully. The basic, and almost exclusive, building material is slate, used in the masonry of the walls, the framing of the openings and the roofs. The woodwork is made of chestnut and, to a lesser extent, oak. The external walls are plastered, an eminently functional finish that favours the waterproofing of the walls and was only available to the wealthiest owners. The layout of the house, prior to its renovation for the museum, reserved the upper floor for living quarters, with a lareira or kitchen, living room, bedroom, office for the parish priest and a couple of rooms, while the stables and wine cellar were located on the lower floor.