The wine cellars were preferably located under the granary or, as in this case, on the ground floor of the house, in a semi-subterranean space with a trodden earth floor that guaranteed the cool environment necessary for the preservation of the food that was stored in them. 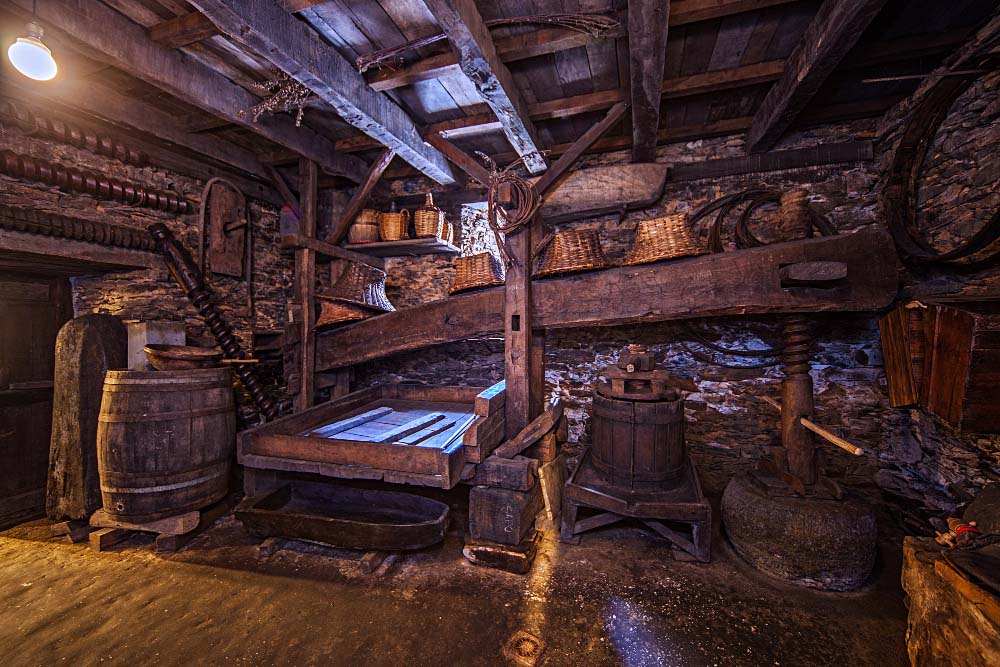 In the Museum’s wine cellar there is an important place for a llagar with a beam and fuso (spindle) for pressing grapes, which few houses had and was often owned by several neighbours 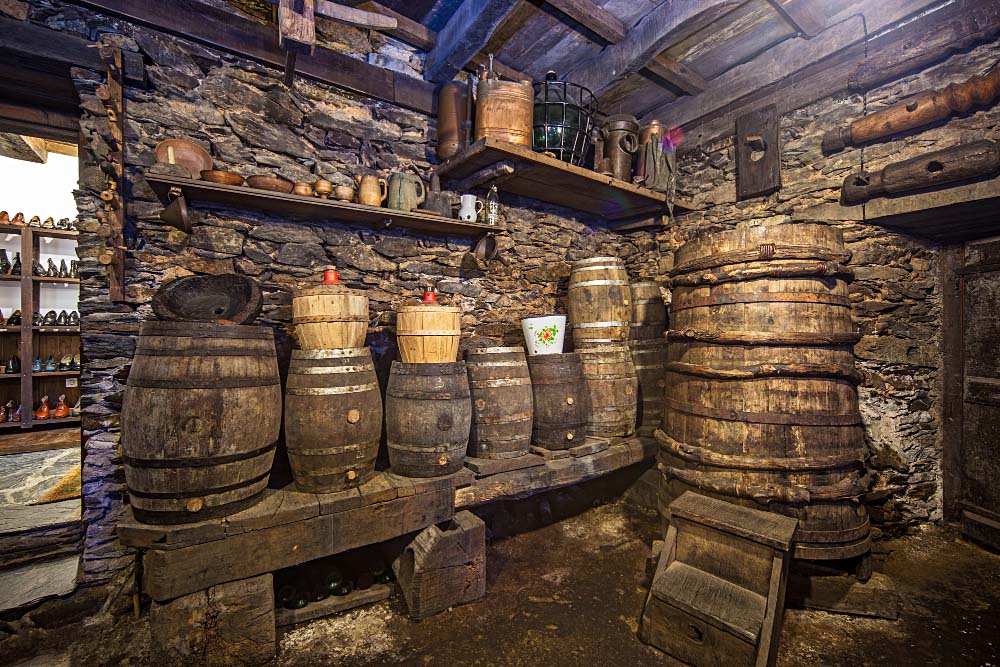 The work related to vine growing and winemaking is associated with specific equipment that can be seen in the room: machines for sulphuring and sulphating the vines, funnels, canadas (jugs containing 4.56 litres), cachos (bowls), leather wineskins with wooden nozzles, vats for storing the wine, etc. The large chestnut wood tub was used both for treading the grapes and for salting the meat.

On the ceiling of the wine cellar hang several galleiros or toucieiras in which the sausages and meat were kept out of the reach of rodents and a panceira to preserve the loaves of bread.