At the beginning of the 20th century, the old lareiras, such as the one in the Rectory House (2.2), began to be replaced by a new model of kitchen of urban origin that also spread to rural areas, although in many of the houses in western Asturias this substitution did not take place until the 1940s and 1950s. 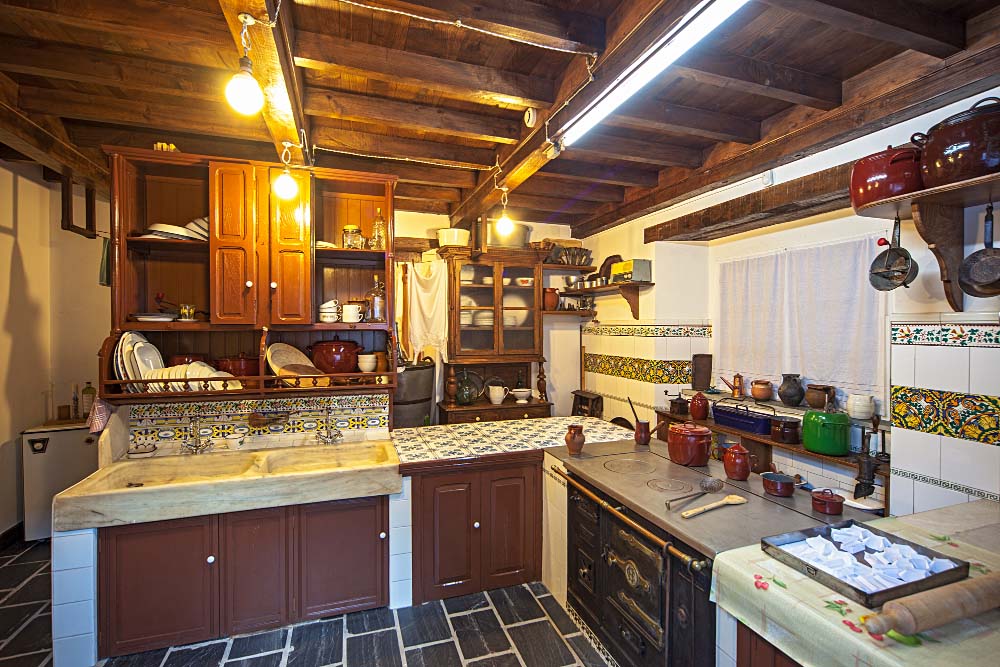 The new kitchens incorporate a cast-iron hearth known as a “Bilbao kitchen” or “budget kitchen” that is fueled by wood or coal and has a chimney. Kitchens continue to be the meeting and work centre of the houses and their main source of heat, although they are changing their structure. Some of the walls are tiled and the floors are tiled. The changes also affect the furniture, which incorporates new elements such as large tables and sideboards. 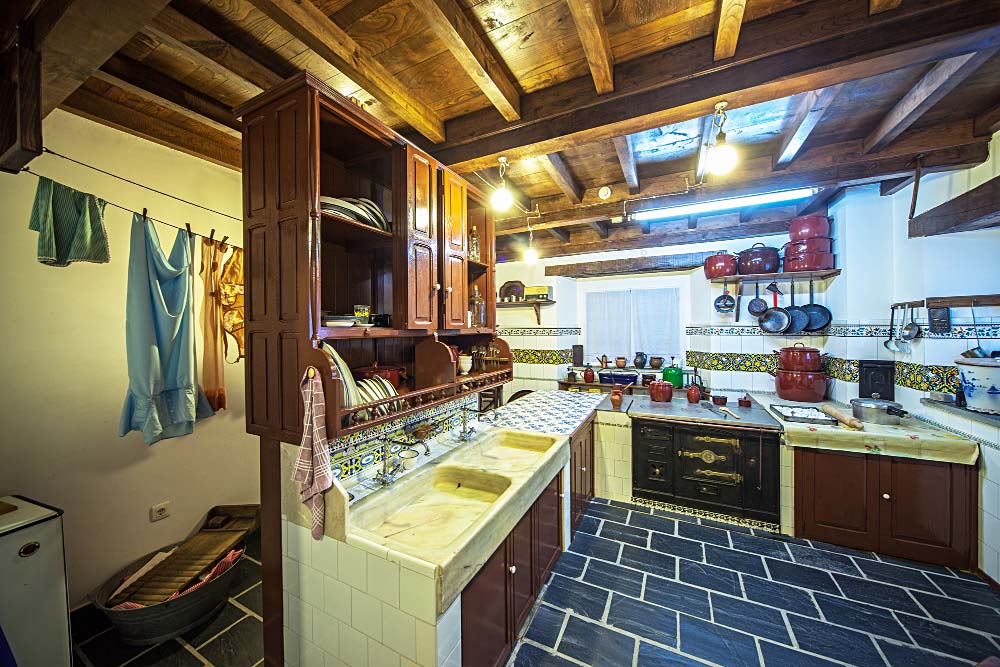